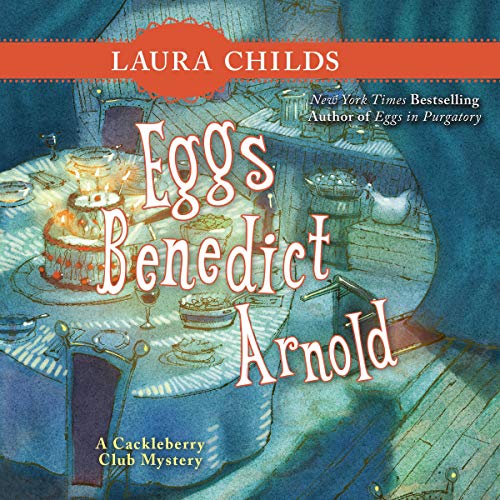 Suzanne, Toni, and Petra lost their husbands but found independence - and, in each other, a life raft of support, inspiration, fresh baked goods, and their own business. But when the Cackleberry Club cafe opened its doors in the town of Kindred, who'd have guessed that the three women would be working a double shift as amateur sleuths?

When Suzanne stops by the local funeral home to deliver a pie to funeral director Ozzie Driesden, she discovers him not working at the embalming table, but lying on it. She barely has time to recognize his corpse before she's drugged with chloroform. With more suspects than breakfast specials, the Cackleberry Club scrambles to crack the case before one of their own ends up six feet under.

I love this series and all the Cackleberry Club ladies! While sometimes the characters and the storyline don’t seem too deep, it’s always a pleasant and enjoyable listen overall. I never mind a return to Kindred!