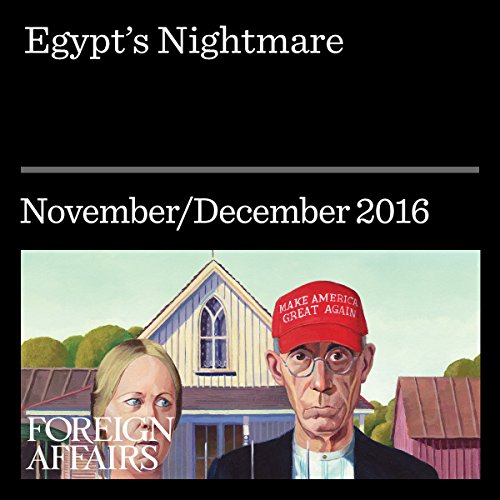 Written by: Steven A. Cook
Narrated by: Kevin Stillwell
Free with 30-day trial

On January 25, 2011, tens of thousands of Egyptians took to the streets, demanding an end to the nearly 30-year rule of President Hosni Mubarak. Eighteen days later, Mubarak stepped down. In Tahrir Square, the crowds cried, "Lift your head high, you’re an Egyptian." Today, such pride and hope are a distant memory.

"Egypt's Nightmare" is from the November/December 2016 issue of Foreign Affairs.

What listeners say about Egypt's Nightmare