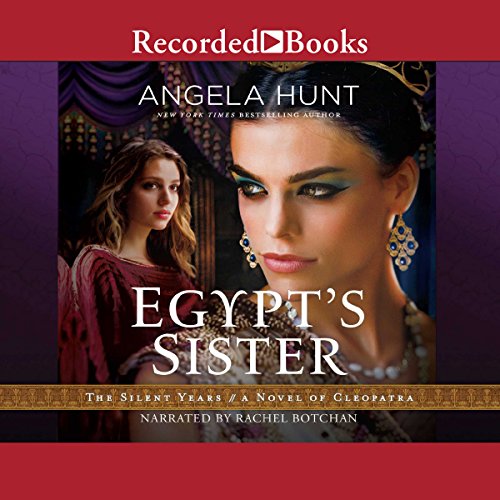 Chava, the Jewish daughter of a royal tutor, vowed to be faithful to her childhood friend Queen Cleopatra. But after they argue, Chava is ripped from her family and her privileged life and sold into slavery. When she finds herself alone in Rome, she must choose between love and honor, between her own desires and God's will.

Five decades before the birth of Christ, Chava, daughter of the royal tutor, grows up with Urbi, a princess in Alexandria's royal palace. When Urbi becomes Queen Cleopatra, Chava vows to be a faithful friend no matter what - but after she and Cleopatra have an argument, she finds herself imprisoned and sold into slavery. Torn from her family, her community, and her elevated place in Alexandrian society, Chava finds herself cast off and alone in Rome. Forced to learn difficult lessons, she struggles to trust a promise HaShem has given her. After experiencing the best and worst of Roman society, Chava must choose between love and honor, between her own desires and God's will for her life.

I just finished it and can't wait to read the next book in this series. I found this author after unread all of Francine Rivers she is just as good.

The overall story is so trite and boring!! That a slave, AND a woman!, at this time in history, would rise so high that she would “counsel” Agrippa and Octavian? Really?! And to survive slavery un-scathed, and with so much time on her hands that she would be able to purchase a book and study becoming a midwife? The narrator made the whole story difficult to listen to and the characters sound like air-headed dunces. I would not recommend this book.

I was excited to read this book however the more I listen the more I had felt i was reading a biography rather than a story. The most disappointing aspect was you wait through the whole story to see her go back to be married and all it says is we escaped and went to meet them . The End. Really i did like the wrap around of Gods word coming to full circle and answering prayers Amen but the ending was bad its like staying awake for a good movie that strings you along and it ends suddenly and you are left disappointed..

It was easy to listen to. the

I enjoyed the Narrator. The story reminded me of another, famous story. It had great flow and I looked forward to getting back to the book, each night. I just purchased part 2.

it went along okay, until it was assumed someone would pay an outlandish price for a slave then have no specific plans for how to justify the price and throw her in with much less expensive slaves, so she is eventually sold with the "cheap lot" No one does this with any expensive merchandise, one claim has to preclude the others, it goes on from there with large leaps of logic, but I did manage to finish, though that entire "paying for a diamond and dropping it in with common rocks" to be lost, and not caring that your investment was never recouped shows no understanding of human nature or the evils of true slavery.

This book takes you through an array of Egyptian, Roman, and to some extent Judean History. This is a story of trust, humility, friendship, betrayal, courage, defeat, human nature, love, and faith. It is a story of trial and triumph for those high-born, and those in the lowest rungs of society.

An okay story with an okay narrator.

Not overly impressed, skipped a lot of dark detail. Basically a story of cleopatra and politics. Narrator takes a breath and pauses at the weirdest times as if she is short of breath or trying to find her place or something. I would have like more Christian aspect and less idolatry and cruelty.

I thoroughly enjoyed this book. The author did a wonderful job of bringing the characters to life and the narration was on point. I could not stop listening.

struggled with the American accent in ancient Egypt. Can't listen anymore! will return if I can.

Well I've learnt so much about that historical time, not sure how accurate but a griping read.

I loved this book so much that once I finished it I just put it all the way to the start again! The narrator was good and easy to understand and I'm very interested in Cleopatra so this story is definetely a highlight! Very pleased.