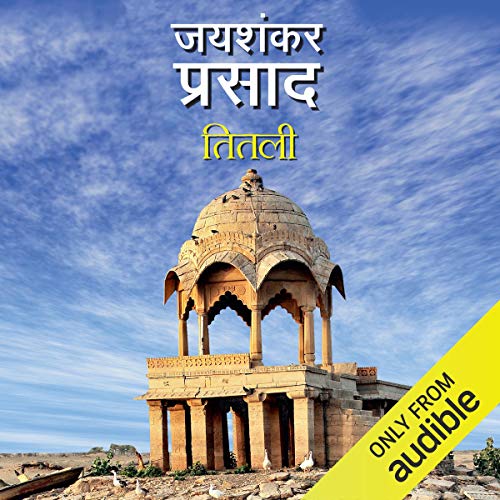 One of the only two completed novels by the famous poet and playwright Jaishankar Prasad, Titli is a ‘social novel’ that addresses themes of feudalism, poverty and oppression of women. First published in 1933, this novel is a part of the ‘progressive’ phase of Hindi literature where various writers were creating works to reform and improve society. In this work, Prasad attempts to depict the Indian society with its flaws and internal struggles, while being faced with ‘Western’ ideas of modernity. Titli primarily tells the story of two women, Shaila - a derelict from the streets of London who comes to Dhampur and is treated as ‘a fallen woman’ by the villagers unless she adopts Hinduism, finding, in due course, virtue and morality in the eyes of these people; and Titli - a playful little girl who is close to nature and her traditions. Titli’s only desire is to be the perfect daughter and bring happiness to her family and her society. One day, fate brings both of these women together. Titli’s spirituality is confronted with Shaila’s rationalism, and as time unfolds, Titli starts looking at Shaila as her role model, starting a relationship between the two that doesn’t only affect their lives, but also of the people around them. Where would this friendship lead both of them? Would Titli be able to stick to her traditional values, or would she transform into somebody more like Shaila? How will this unlikely association change Shaila? Titli is an exploration of the relationships between women in a world of men.