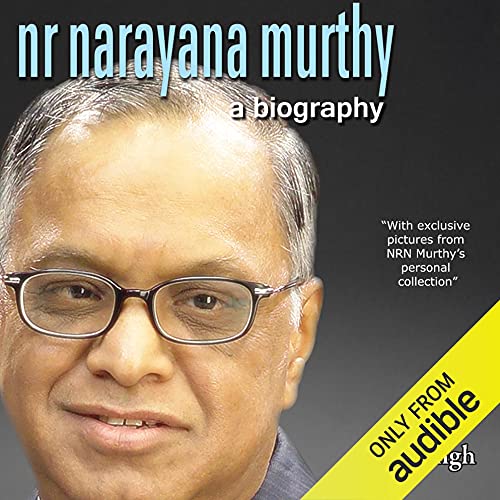 Listed as one of the “12 greatest entrepreneurs of our time" by Fortune magazine in 2012, Nagavara Ramarao Narayana Murthy, or NR Narayana Murthy as he is better known, is probably the most recognized and respected face of Indian industry. He is the founder of Infosys, a global software consulting company that he started with six other professionals and a seed capital of Rs. 10,000 in 1981. Not only did NRNM lead it to become a top-ranking information-technology company in the world, he also showed that it is possible to do business ethically and achieve success without bending any laws or making compromises.

This book takes you through the fascinating journey of a 17-year-old who had to sacrifice his entry into the prestigious Indian Institute of Technology because his father did not have money to pay his fees and ultimately came up in life to head a global IT giant. NRN Murthy had no money, no family backing, but just a quiet gritty determination and faith in what he believed was the future of business. The one constant factor throughout his entire life journey has been the adherence to the values he imbibed from his family that he has personally and professionally lived by - hard work, fairness, decency, honesty, transparency, striving for excellence and belief in meritocracy. It is on the bedrock of these values that Infosys continues to stand firm and prosper despite the fact that NRN stepped down as CEO in 2002.

Iconic leader, living legend, one of the greatest entrepreneur of times - NRN is all this and more. A man who has set new standards of business growth and corporate governance. Written by Ritu Singh, the author of Amartya Sen - A Biography, this book will inspire all.

What listeners say about NR Narayana Murthy - A Biography

Great to know the complete journey of Mr. Narayan Murthy and Madam Sudha Murthy to build the successful Infosys company. It is very inspiring that they still live a very simple life even though they are the creator of a giant company. At the end it was boring to listen to the long list of all certifications, awards, bla..bla.... But worth listening to the story which has been covered in short.

Amazing Book. Must listen by all.

Amazing Book. Must listen by all. available free on audible. True to heart and soul.

Own of the best biographies

Loved it ..would like to read the paperback now .
Don’t miss it ..have so many things that can be applied in everyday life

The book could have been named Biography of Infosys. Author kind of read out 'About Us' section on infosys.com