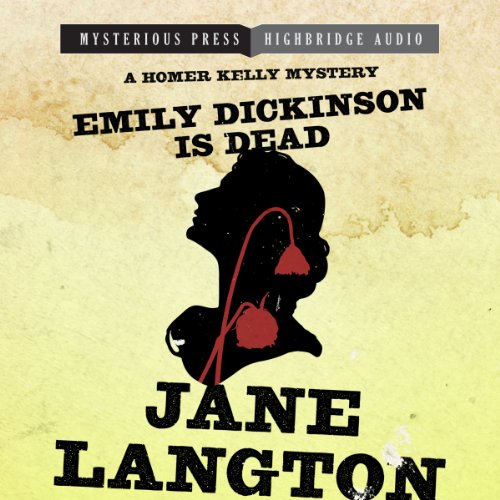 Although she spent her life withdrawn from the people of Amherst, Massachusetts, every man, woman, and English professor in this small university town claims ownership of poet Emily Dickinson. They give tours in her house, lay flowers on her grave, and now, as the hundredth anniversary of her death approaches, they organize festivals in her name. Dickinson scholar Owen Kraznik has just been railroaded into organizing the event when Amherst starts to burn.

When fire consumes a fourteen-story university dormitory killing two students, transcendentalist scholar and occasional sleuth Homer Kelly considers that it may have been set on purpose. To his amazement he finds himself once again embroiled in what Dickinson called "death's tremendous nearness" as murder stalks the symposium.

"[Langton writes with] ebullience and good humor and a sort of picnic charm of abandon and play." (Eudora Welty)
"Langton's sparkling prose and inimitable wit offer a delectable feast for the discriminating reader." ( Publishers Weekly)
"Like Jane Austen and Barbara Pym, Langton is blessed with the comic spirit - a rare gift of genius to be cherished." ( St. Louis Post-Dispatch)

What listeners say about Emily Dickinson Is Dead