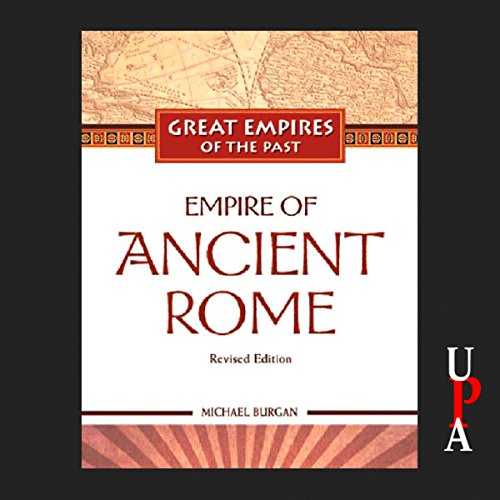 The influence of the Roman Empire has been widespread and profound, perhaps more so than that of any other empire or civilization. Rome laid the foundation for many of the institutions and ideas in the modern Western world, including the common political and legal systems. Roman ruins can still be found in distant England, and Roman aqueducts still bring fresh drinking water to modern Rome.

Empire of Ancient Rome, Revised Edition opens with a brief summary of the Roman Empire and provides an account of the world and geographic area in the years leading up to the empire. In an easy-to-follow format, this volume covers the growth of Rome as a republic, the political and social forces that drove the transition to a dictatorship of caesars, the reasons for Rome's eventual decline, and what happened to the remnants of the empire. The book is published by Chelsea House Publishers, a leading publisher of educational material.

What listeners say about Empire of Ancient Rome