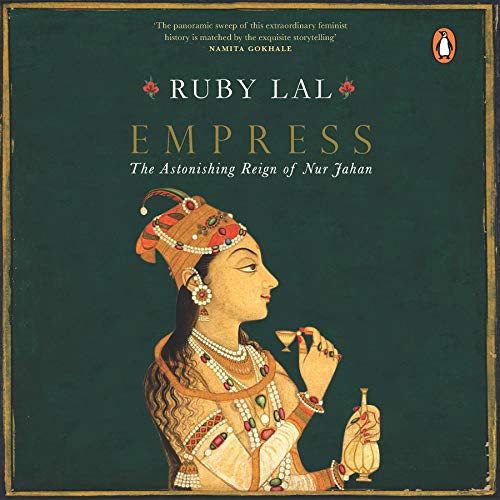 When it came to hunting, she was a master shot. As a dress designer, few could match. An ingenious architect, she innovated the use of marble in her parents' mausoleum on the banks of the Yamuna, which inspired her stepson's Taj Mahal. And she was both celebrated and reviled for her political acumen and diplomatic skill, which rivaled those of her female counterparts in Europe and beyond.

What listeners say about Empress: The Astonishing Reign of Nur Jahan

The book offers a unique perspective. And I must say I have not enjoyed an account of history like this before. The narrator too has done a god job. With her voice modulation, it kept me hooked to the story. Thank god the voice was not like those robotic voices.