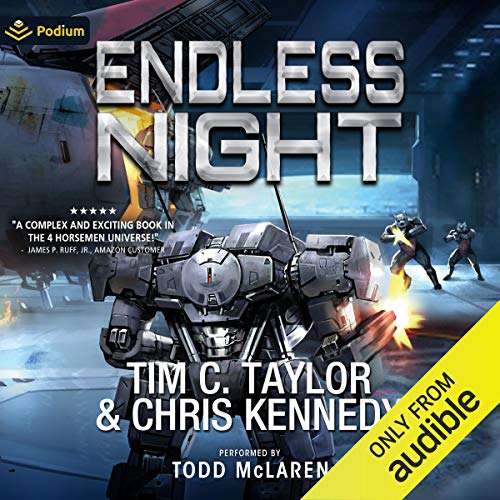 In the aftermath of the Great Galactic War, the Veetanho assumed control of the Mercenary Guild’s Inner Council, and with it, power over the guild’s affairs.

The Goltar were marginalized, and the Veetanho did everything they could to make the galaxy forget the Goltar had ever existed.

The Goltar went quietly, pretending to sulk and accept their fate but they never did. They worked in the shadows, amassing power and resources, always looking for the right time and right opportunity to re-emerge and strip the hated Veetanho of everything they owned.

In the depths of the Spine Nebula, a fly-over region known only for the bad luck of its inhabitants and the dangers that lurks in its fringes, the Goltar have a secret weapon. Known only as the Infinite Flow, it's the source of their riches, and the crux on which their plans rest. But when a shadowy group learns of its existence and comes to wrest control of it from the Goltar, the crew of the Midnight Sun is thrown into its defense, and they find out that they may not have known their employers quite as well as they thought they did.

As the guild wars heat up, the battle for ultimate power may well be fought in the Spine Nebula, with the Midnight Sun Free Company in the middle of it!

What listeners say about Endless Night

Probably in the top 3 books, if not the best book so far in this series!