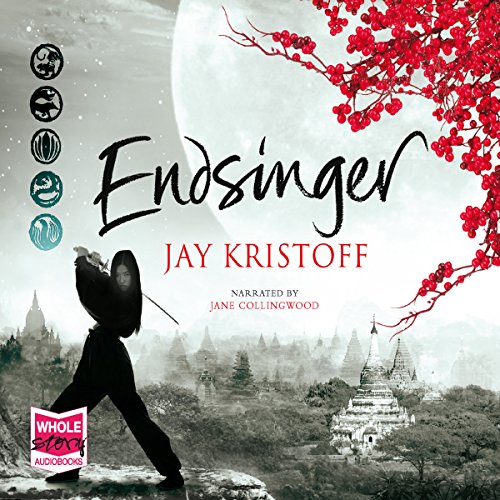 The flames of civil war sweep across the Shima Imperium. Blood turns against blood as the Dragon and Fox clans compete for the empty throne. The traitor Kin walks the halls of Guild power, his destiny only a bloody knife stroke away. And as the earth splits asunder, as armies destroy each other for rule over an empire of lifeless ash and the final secret about blood lotus is revealed, the people of Shima will learn one last horrifying truth.

"[A] fast-paced, fantastical adventure [that] is sharp as a Shogun's sword." ( L.A. TIMES)
"With airships, demons, and lashings of revolutionary swordplay, this chi-fuelled vision of a steampunk feudal Japan will blow your split-toed socks off." (Scott Westerfeld)

What listeners say about Endsinger