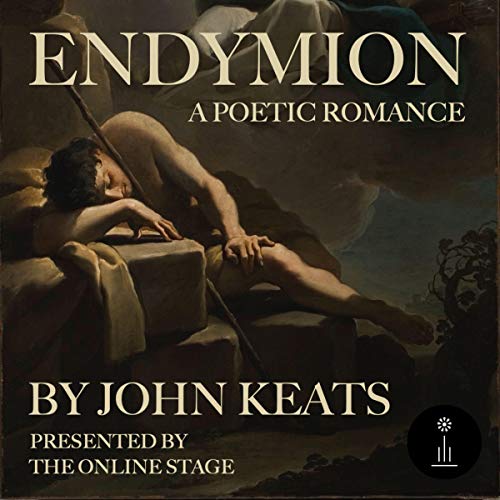 Endymion is the largest work by John Keats and was composed between April and November 1817. It was published in April 1818, and the critical reception was almost universally hostile. The plot is built around the ancient Greek legend of Endymion, the young shepherd whose beauty was such that the goddess of the Moon entreated Zeus to cast him into a permanent sleep so that she could gaze on him without interruption. Keats expands this story into an epistle on beauty and love, and weaves into it elements from several other Greek legends.

Due to the complexities of the plot, many audiences have found the poem as a whole rather inaccessible, and have preferred to focus on the occasional gems of poetic commentary for which it has become famous. In his landmark biography of Keats, Sidney Colvin reviews both the inherent problems and the importance of Endymion thus: "It is not with simple matters of personification, of the putting of initial capitals to abstract qualities, that we have to deal, nor yet with any obvious and deliberately thought-out allegory, still less is it with one purposely made riddling and obscure, it is with a vital, subtly involved and passionately tentative spiritual parable, the parable of the experiences of the poetic soul in man seeking communion with the spirit of essential Beauty in the world, invented and related, in the still uncertain dawn of his powers, by one of the finest natural-born and intuitively gifted poets who ever lived. This is a thing which stands almost alone in literature, and however imperfectly executed, is worth any closeness and continuity of attention we can give it."

Text prepared by Erin Louttit. Audio edited by Denis Daly. The Online Stage will be donating the royalties it receives from sales of this title to the Fred Hollows Foundation, a non-profit organization dedicated to the worldwide eradication of preventable blindness.

What listeners say about Endymion