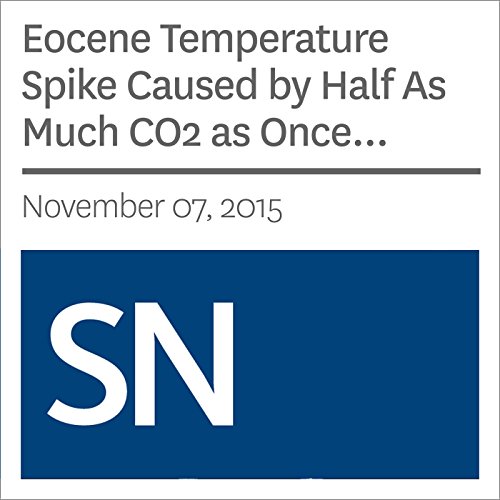 The hottest time since dinosaurs roamed the planet was caused by nearly half as much carbon dioxide in the air as previously thought, crystals from Earth's past suggest.

During the Eocene around 50 million years ago, climbing CO2 levels heated the planet by more than 5 degrees Celsius. By examining crystals grown in this "hothouse" climate, researchers discovered that Eocene CO2 levels were as low as 680 parts per million. That's nearly half the 1,125 ppm predicted by previous, less accurate crystal experiments, the researchers report online October 23 in Geology.