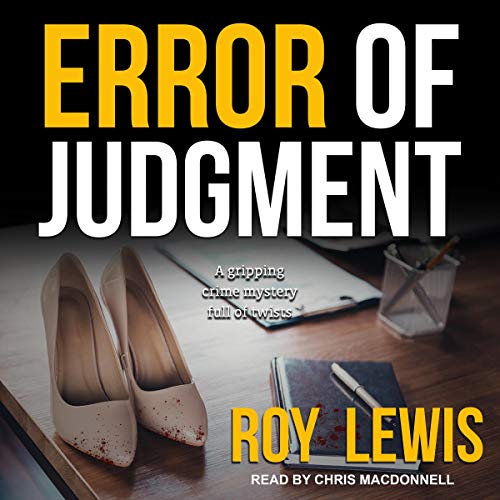 A young woman is found dead in a college while the students demonstrate. It turns out she was the principal's secretary, and there was more to her than meets the eye.

Who wanted her dead and why? And what does it have to do with the student revolt led by a charismatic firebrand from Iraq?

Inspector John Crow is called in and has little doubt who's responsible, but a series of surprises will make him reconsider everything. Many of the faculty seem to have things to hide.

Skeletally-built, mild-mannered Inspector John Crow is established in the Murder Squad in London and constantly meets hostility when he is called upon to work on murder cases in regional crime squads in Wales and the Midlands. He displays strong moral feelings, and a sensitivity which brings him into conflict with regional staff as he doggedly and successfully pursues the truth in cases where he is called in.

What listeners say about Error of Judgment