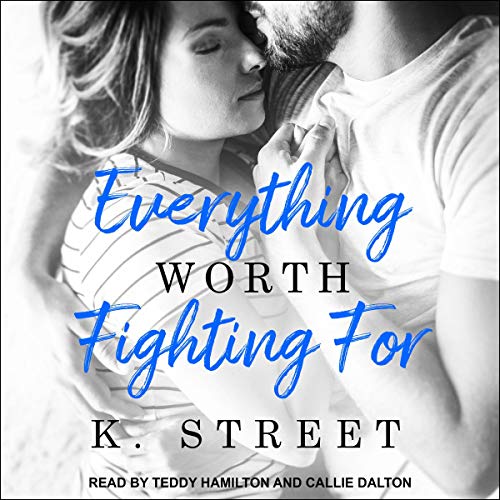 Everything Worth Fighting For

Fate. Destiny. Whatever you wanted to call it, Macy Caldwell was mine.

She had a chance to get out of this town, but she refused to take it. She was going to give up everything for me. I wasn't worth that kind of sacrifice.

In order to save her, I had to break her.

The night Nash Masters broke my heart was the catalyst for the ruin that came after.

All these years later, he was fighting for my forgiveness. He had no idea I was the one who needed his.

They said love conquered all, but this was war. And everything worth having was worth fighting for.

I read this book before listening one audio and loved it.

Audio made it so much better listening to some of your favorite characters “talk” in your years is lovely.

Macy and Nash! This book tore my heart out and put it back together guys! I couldn’t wait to get their story and it was more than I expected! I love Nash so much! He refused to give up on Macy no matter how hard she tried to push him away and I love him so much for it! he is perfect!!! SO many emotions with this story, I loved it so much. Teddy and Callie nailed it! I love anything Teddy and Callie is a really good match for him.