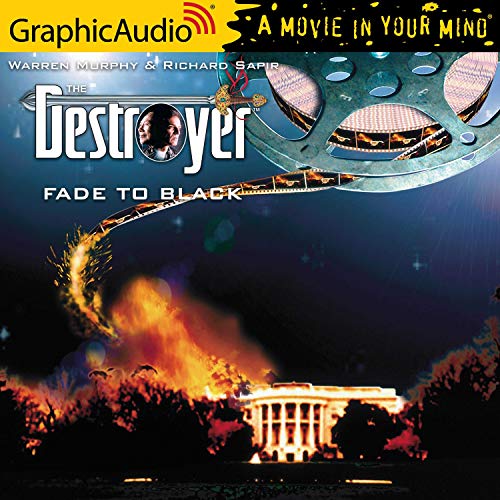 Something smells at Cabbage head Productions. Ticket sales for the indie company's slasher movies are skyrocketing, thanks to the publicity of some real-life murders. Remo draws the short straw to dump whoever is behind these stunts on the cutting room floor.

But now it's time for the feature presentation: a terrorist bomb in New York - the White House under siege...hours of nonstop action - edge-of-your-seat thrills from the summer's biggest blockbuster: Die Down IV.

Remo's problem isn't the army of extras hired to commit murder, or the truck bombs rigged to blow a Hollywood studio sky-high. It's the Master of Sinanju himself, Chiun, busy strutting like a tyrant and generally wreaking havoc on the set of his own top-secret movie - and smack in the middle of the greatest epic disaster of all time.

What listeners say about Fade to Black [Dramatized Adaptation]