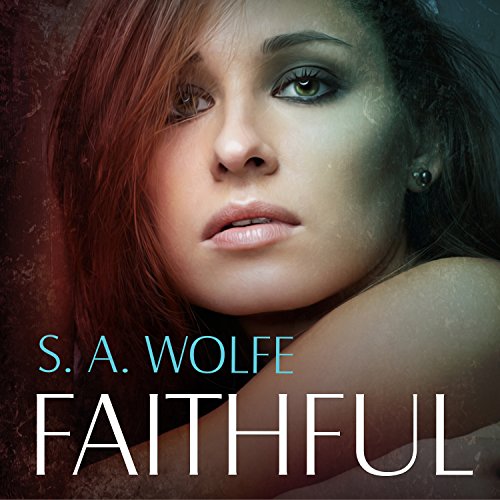 Written by: S. A. Wolfe
Narrated by: Shirl Rae
Free with 30-day trial

Imogene Walsh has always been unapologetically confident and ruthlessly opinionated with people, particularly men. No one is spared from her unfiltered mouth, but it hasn't seemed to deter Cooper MacKenzie. Although he is not the clean-cut, businessman type she's always thought she should pursue, Imogene is drawn to the sexy outsider who is the fantasy heartthrob women love to speculate about.

She has spent most of her life in the little town of Hera, New York, putting her numerous forgettable relationships behind her and floundering in both her professional and personal lives. Now it's reached the point where she wants to stop playing it safe. It may be time to live up to her tough reputation and take a chance on Cooper, the only man who isn't intimidated by Imogene's brash personality. However, it could be a thrilling ride that doesn't end well.

What listeners say about Faithful

I really enjoyed this book. I think the main difference was the female lead character Imogene because I liked all three lead male characters from each book. Although she was guarded at first you could always feel her warmth and then she was so loyal and invested. It was a good story and I liked hearing about the other character sometimes and how they progresses. A good series overall this book being the best :)