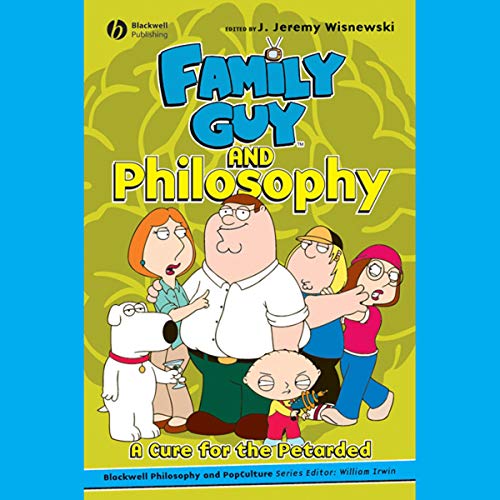 Family Guy and Philosophy brings together low-brow, potty-mouthed, cartoon humor and high-brow philosophical reflection to deliver an outrageously hilarious and clever exploration of one of TVs most unrelenting families. (Okay, its not that high-brow.)

A sharp, witty, and absurd exploration of one of television's most unrelenting families and one of the biggest-selling TV series ever on DVD, this audiobook:

What listeners say about Family Guy and Philosophy

As Charismatic As The Show

Surprisingly Family Guy And Philosophy shows as much charisma and depth of interest in the TV show than you might expect. There are many references made to various episodes of Family Guy, but the crux of the audiobook is about how characters relate to each other and the environment around them-containing essays that are very interesting and allow viewers to get a greater insight into why the characters behave the way they do. Thankfully the narration is wonderful and manages to convey the enthusiasm of the book and its writers very well.