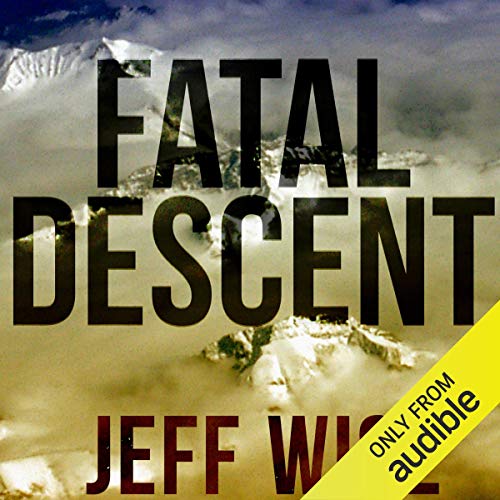 The definitive investigation into the crash of Germanwings Flight 9525 and the mind of the copilot who committed the most shocking crime in aviation history.

On March 24, 2015, Germanwings Flight 9525 crashed into the French Alps. All 144 passengers and six crew members were killed. In the ensuing days, a picture of the flight's harrowing final moments began to emerge. Shortly after reaching cruise altitude, a 27-year-old first officer named Andreas Lubitz locked the captain out of the cockpit, took control of the plane, and deliberately caused its descent.

In Fatal Descent, journalist and aviation expert Jeff Wise travels to Lubitz's hometown in Germany and pieces together a definitive and haunting portrait of the killer and the system he betrayed, revealing in heart-pounding detail how a lifelong superachiever like Lubitz could have committed such an unthinkable act, what actually happened inside the cockpit, and whether current airline regulations leave us vulnerable to similar attacks in the future.

Jeff Wise is a science journalist specializing in aviation and psychology. He is the author of the best-selling Kindle Single The Plane That Wasn't There, about the disappearance of Malaysian Airlines Flight 370. A licensed pilot of gliders and light airplanes, he also has stick time in powered paragliders, trikes, World War II fighter planes, Soviet jet fighters, gyroplanes, and zeppelins as well as submarines, tanks, hovercraft, dog sleds, and swamp buggies. A contributing editor at Travel + Leisure magazine, he has written for New York, The New York Times, Time, Businessweek, Esquire, Details, and many others. His Popular Mechanics story on the fate of Air France 447 was named one of the Top 10 Longreads of 2011. His last book was Extreme Fear: The Science of Your Mind in Danger.

It doesn't need to be long to be great. Jeff Wise is an excellent writer who could have a career in narration.

Loved it. Very insightful. Excellent narration as always with Jeff Wise. He researches these stories tirelessly


This was a fascinating account of how one man, in a trusted position of pilot, suffering from depression and mental illness, committed suicide and killed 150 people by crashing a plane. His depression was known to the airline, yet they allowed him to fly anyway. This book aptly covers his background and explains how the testing and procedures failed, yet new ones have been drafted, to hopefully keep this from happening again. The author narrates his book and he does an excellent job. I hope he narrates more books. An excellent book.