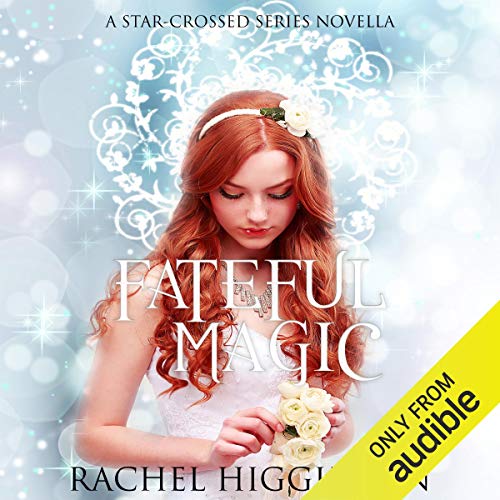 Lilly Mason has had a rough life. And an even rougher relationship with her fiancé, Talbott Angelo. She has felt hopelessness in hopeless situations and despair when the world seemed to crumble around her. But one person has been her rock through it all, the love of her Immortal life, Talbott. Their relationship has been through as many ups and downs as Lilly's safety. There was a time when Lilly was certain they could never have a future. And then, when a future together became possible, there were too many other reasons for Lilly to put off the man who wanted to marry her.

Talbott wants to finally give Lilly the wedding she deserves. And Lilly just wants to say "I do" to the man she has loved since she was a teenager.

When outside forces threaten to rip these two Immortal soul-mates apart once again, Talbott and Lilly will do whatever it takes to make their union permanent. They will sacrifice whatever they need to in order to turn their fateful love into something that lasts as long as they will.

What listeners say about Fateful Magic

A story of Lilly and Talbot is the only spoiler you get. I've said through each book that I'm not the demographic of the series but I can't stop listening.

As I proceed to the last book, the journey has been interesting and dare i say, fun?

It’s so nice to get all the details about what each character feels and thinks it’s so awesome and the reader she always does such an amazing job!

It was too much, too cringe. I couldn’t finish it. I wanna blame the narrator but the story is idk, over the top. Sorry

Finally we get to see Lilly and Talbot's romance come to a satisfying conclusion AND scenes from their POV from the first books.

Another supplement to the series

This addition focuses on Lily and Talbot, and their relationship as it developed over the years. It truly was all about their love story leading up to their wedding and each event fit into the story line.

Greatnbook and brilliant. narrator. Another short book but it sure was very good. I like the way they went from then to now, just swesome.

I cannot listen to one more narrated by Bailey Carr. Her voice hurts my ears!!

Loved that you provided a back story for Lily. But it didn’t fill in the gaps where she was away from the main characters. Just repeated most of what we already knew.

I think that this book was a nice conclusion to Lily and Tolbet love story.