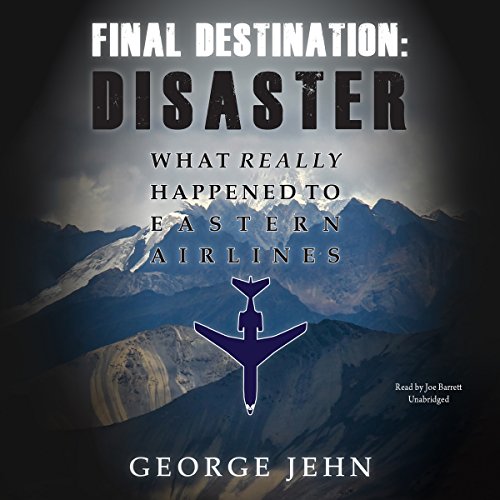 Final Destination: Disaster informs the public, for the very first time, of what actually precipitated the controversial sale of Eastern Airlines - at one time the second largest airline in the free world - to Frank Lorenzo's Texas Air Corporation, which led to its certain demise. This unbelievable story is written by an 18-year veteran Eastern pilot who was intimately involved in many aspects of the tumultuous events that culminated in the sale.

What would have made Final Destination: Disaster better?

Reads more like a listening to a disgruntled employee at the bar. To many personal details, mostly about personalities that would only be interesting if you knew who the people were. Primary focus is on contract negotiations. There was a whole chapter about preparing to write a letter and I think that sums up this book...