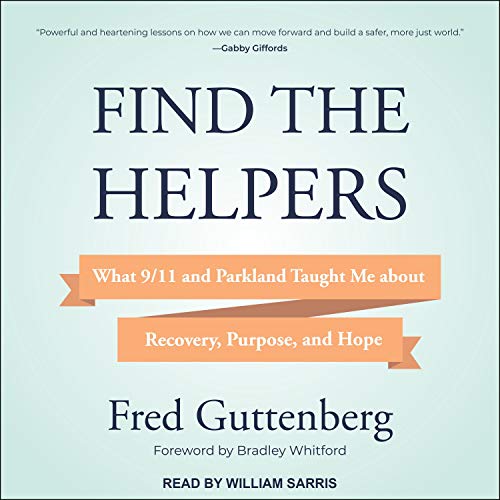 Life changed forever on Valentine's Day 2018. Thirty-four people were shot at Marjory Stoneman Douglas High School in Parkland, Florida. Jaime Guttenberg, a 14-year-old with a huge heart, was the second to last victim. That she and so many of her fellow students were struck down in cold blood galvanized many to action, including Jaime's father, Fred, who has become an activist dedicated to passing common-sense gun-safety legislation.

This book is not about gun safety or Parkland. Instead, it tells the story of Fred Guttenberg's journey since Jaime's death and how he has been able to get through the worst of times thanks to the kindness and compassion of others. Good things happen to good people at the hands of other good people - and the world is filled with them. They include everyone from amazing gun-violence survivors Fred has met around the country to Pres. Joe Biden, who spent time talking to him about finding mission and purpose in learning to grieve.

What listeners say about Find the Helpers

Inspiring story amidst so much tragedy

Fred’s story of finding the positive amidst such personal tragedy is an inspiration to us all.