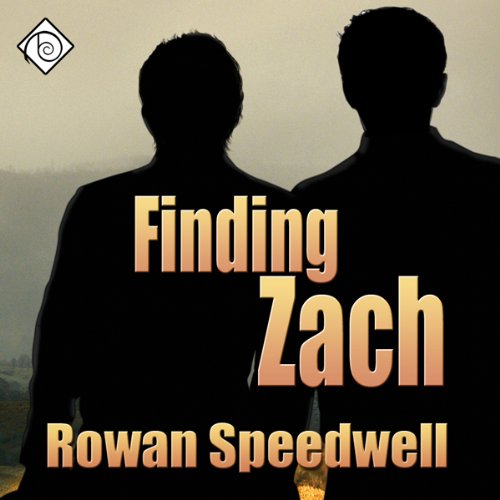 For five years, Zach Tyler, son of one of the world’s richest software moguls, was held hostage, tortured, and abused. When he is rescued at last from the Venezuelan jungle, he is physically and psychologically shattered, but he slowly begins to rebuild the life he should have had before an innocent kiss sent him into hell.

His childhood best friend David has lived those years with overwhelming guilt and grief. Every relationship David has tried has fallen apart because of his feelings for a boy he thought dead. When Zach is rescued, David is overjoyed - and then crushed when Zach shuts him out. Two years later, David returns home, and he and Zach must come to terms with the rift between them, what they feel for each other, and what their future could hold. But Zach has secrets, and one of them might well destroy their fragile love.

What listeners say about Finding Zach

The listener is drawn in as soon as the tale of Zach Tyler begins. Sympathy for the main character is a given and the descriptive writing style of Rowan Speedwell creates the horrific images that places the listener in the heart of the tale. The narration by Paul Morey added to the story and encouraged one to hope for the best. A love story with a tragic twist and an eventual happy ending, makes for an excellent read.

3 ½ stars. I enjoyed the relationship development

but some parts were heavier than I was in the mood for.

David was like a big-brother-best-friend to Zach while growing up. At age 15 Zach kisses David for the first time. Then they are separated when Zach flies to visit a relative and gets kidnaped. Now it’s several years later. Zach is alive and returns home. The best part of the story is the two of them reconnecting and beginning a love relationship. Zach has PTSD with many psychological issues. David is loving, patient, accepting, and supporting. I loved that part of the story - the relationship development. The sex scenes were well done. I liked the feel good ending and the epilogue.

During the second half, at times I did not enjoy the drama. Too often Zach overreacted and thought he should end their relationship. Even though David told Zach he loved him and nothing about Zach’s past would ever bother him, Zach didn’t believe it or kept forgetting. Yes he had issues from his kidnaping and torture, but it was tiring to keep hearing that Zach believed no one could love him.

There are a lot of therapy type discussions. The most common sentence in the book was “Are you ok?” Everyone is always asking everyone else that question. The answer was usually yes and a couple times crying. The parents were wonderfully supportive of both David and Zach which was a nice part of the story.

I liked the way Zach’s five years of captivity was handled. The book starts with his rescue. Then Zach is telling or remembering what happened. Horrible things were done to him which stayed with me, but it could have been worse. I wouldn’t have wanted to be inside Zach’s head during his torture, not knowing if he would survive or be rescued. However the torture might be too much for sensitive readers.

The author has a good writing style. It’s a good story, just a little heavier than I was in the mood for.

Too many Cliches can spoil a story.

The plight of the main character was intriguing, but it the storytelling did more telling than showing. I wish fewer m/m romances relied on the horrible tragedy cliche and this one certainly does. A lot of the dialogue is predictable and it is achingly apparent that the author knows the mechanics of gay sex, but she doesn't quite get the passion one hopes would be present in a reuniting of old friends who become lovers.
The least interesting thing though was the lack of development Zack gets to experience in the book. It is obvious he was never fully broken by his experiences and torture from the first chapter when he frees himself. We see it again and again but we are constantly told he isn't healed yet. This give the author artificial obstacles to overcome. Even when the pair finds a certain peace, we don't get enough of that in favor of conflict.

Did Paul Morey do a good job differentiating all the characters? How?

He did to a point. Sometimes a male voice, one as deep as Morey's doesn't do a convincing woman be he certainly made them unique. But that is the ONLY flaw in his reading. He made some pretty flat dialogue fairly interesting. that's a mark of a professional.

The fact that Zack does not ever allow his "always and forever" to reverse roles EVER in the book leaves me cold. He hasn't healed not even when being loved and cherished. That would have given me a complete story. This one feels unfinished. Complete love making would have been preferable. Not every m/m relationship is about dominance and submission. That fact that David gives up this role and never questions it is not very realistic.

Maybe women need to think that two men must suffer and they must fight physically with one another, but that isn't true. Some m/m relationships never require physical violence to get stronger. Some m/m relationships start and end in love not torture. A few do, but they are not as frequent or as heart rending as this story makes them out to be. The plot is easy to follow, and it isn't bad, I just wish the author had trusted her characters to tell the story a little more and relied less on bullet points to hit. I wanted to love this story, it certainly has all the parts it needs to be amazing. But somewhere it became a plot point counter instead of the story it had the potential to become.

I downloaded this book on a whim and was very surprised at how well written the characters were and how well characterized Zach was.

This was an audiobook that I finished in one day, listening every chance I could.
The story had a lot of emotional depth that was well presented. I felt like the author understood what Zach was going through and not just writing a story.
Paul Morey did a good job of portraying sympathetic characters. The best of his performances I have listened to.
Highly recommended. On my re-listen list.

Would you try another book from Rowan Speedwell and/or Paul Morey?

I find I have little patience for dime store romances gay or straight. I get tired of dialogue that seems purposely mundane and pointless. Example: "What's wrong Zack?" "I dunno..." now repeat that every chapter a dozen times.

What was most disappointing about Rowan Speedwell’s story?

The constant "one step forward, two steps back" exchanges between the two principle characters. Toward the end I was skipping chapters just to get this torture over with. I didn't care any more.

Finding Zach is rare gem in contemporary fiction. It is not my intention to give a blow by blow of the plot but what captured my full attrition was the characters Zach and David. Zach has lived through hell being kidnapped raped and tortured repeatedly. The main portion of the story focuses on his recovery from the events described above and having taken a collage course that dealt with torture victims I can say the reactions of Zach to events are within the scope of the possible. The relationship Zach and David provides strength as well as much of the conflict for much of the novel. The has a way of getting inside your head. I high;y recommend this book

The narrator really made this book . The book was such a sad story. There were times when Zach made me want to cry because of all the pain he was in. Zach had gone through so much and it made me wish I could just hug him. David surprised me throughout the book and it made me root for him. For someone who is struggling to get to know a person who gas been through a traumatic thing is very hard. I don't want to say too much but all I can say is the graphic things Zach went through were very disturbing.

Oh and on another the narrator plays this music before every chapter. It threw me off at first but you get over it. All in all great book even though it was sad.

Would you listen to Finding Zach again? Why?

I will definitely listen to Finding Zach again! Although there are definitely some difficult issues in the book, they were handled beautifully! This is one of the best listens I've experienced so far!!

What other book might you compare Finding Zach to and why?

I think the only book that comes to mind would be Promise Rock by Amy Lane. The characters are flawed in similar ways and you pull for them just the same.

What does Paul Morey bring to the story that you wouldn???t experience if you just read the book?

The narration was flawless throughout. Nothing is more distracting than listening to a serious heart-wrenching scene to hear a word mispronounced. It's very difficult to overlook.

I did my best to listen to this all at once. It's THAT good.

The story was really good but I wanted more depth. I guess I was expecting more intensity. I definitely feel as if they could have delve in deeper into the recovery after what the character of Zach has been through, I just feel like they glazed over it sometimes.

A nice story, full of tenderness and people who take care with each others. I had a good time

1 of the best books I've read in a long time

As soon as i started reading this book it gripped me. I don't usually like books including the same gender relationships. but this one was amazing and has changed my View and preconceptions of books like this. it's sweet tender and heartwarming. Even the sex scenes have so much more to them and just sex. I cried several times at this book. The book address pain and suffering and love and patience and friendship and kindness and so much more.... it was a fantastic read and I finished it quite quickly because I couldn't put it down.
The only gripe I have is how annoying the music is when the chapter ends and another begins. if this wasn't there it would have got full stars from me. The narrator is great it literally just was that annoying music that bothered me slightly.

Similar idea to the above book but still different. As I've got older I find it easier to weep. This is especially true when it comes to terror kidnappings as I was once kidnapped in a similar situation. This was in the days when you were only kept for short time and were either killed quickly or released. However this did bring back memories and emotions along with the PTSD. I found it very true all the way thro. I had moist eyes during the last chapter