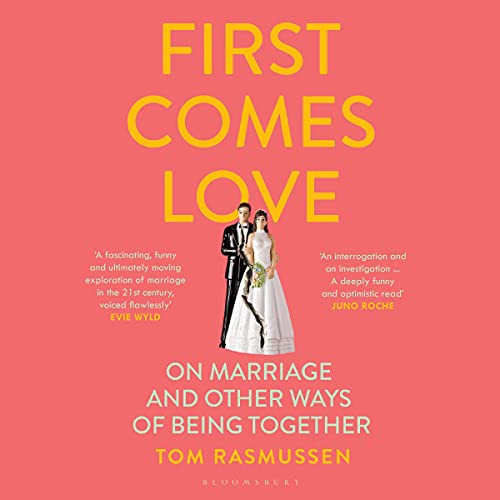 It was one thing to get married when your parents, your neighbours, your community insisted on it, when a sacred union for heterosexuals was not just one option but the only option. It’s quite another to keep doing it in when free of that societal and religious pressure. What is the allure of an institution grounded in patriarchy, in elitism, in white supremacy in the West, an institution that invalidated all but one kind of love till quite recently? Why do so many of us fight against these social ills while also posting pictures of proposals on Instagram? Is it possible to be married while subverting the institution by doing it one’s own way, or is marriage having the last laugh after all?

Tom Rasmussen comes from a Northern working-class family, for whom marriage in the centrepiece of life. They are also a male-bodied, non-binary queer person in a relationship with a man.

Journeying through wildly different weddings, visits to wedding planners, interviews with the much-married, those who have questioned their decision to marry and those who would never consider matrimony, this is an incisive, witty and moving look at marriage - as an achievement, a compromise, a selling-out, a practical solution. Tom Rasmussen examines what marriage means across the spectrum of sexuality and class, and what the future looks like for this most historic and universal of institutions.

"I absolutely loved this book. A fascinating, funny and ultimately moving exploration of marriage in the 21st century, voiced flawlessly - each interjection more perfect that the last." (Evie Wyld)

Tom is the love guru everyone needs in their life. Whatever love looks like for you - this is an essential, questioning, heartfelt investigation into modern relationships! 100% recommend!!!