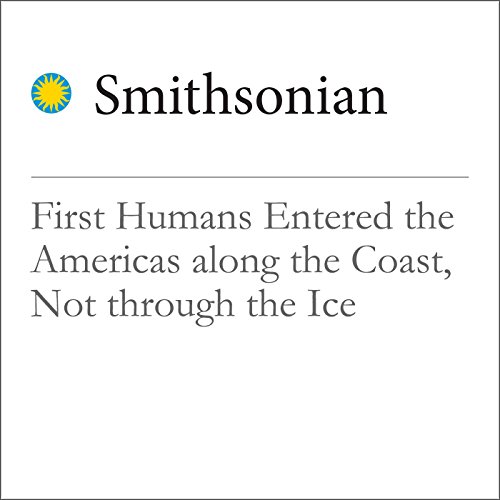 First Humans Entered the Americas Along the Coast, Not Through the Ice

The traditional story of human migration in the Americas goes like this: A group of stone-age people moved from the area of modern-day Siberia to Alaska when receding ocean waters created a land bridge between the two continents across the Bering Strait. Once across, the giant Laurentide and Cordilleran ice sheets, which blocked southern Alaska and the Yukon Territory in western Canada, halted the migrants' progress. But about 13,000 years ago, the ice sheets began retreating, opening a 900-mile-long ice-free corridor following the Canadian Rockies. This, many researchers believe, is how the Clovis culture moved south and colonized other parts of the Americas.

"First Humans Entered the Americas Along the Coast, Not Through the Ice" is from smithsonianmag.com, published on August 11, 2016.