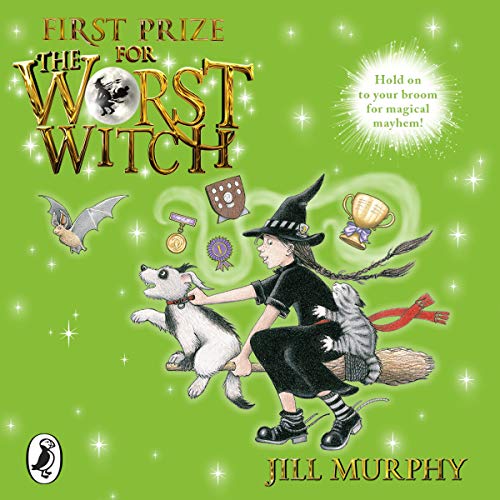 First Prize for the Worst Witch

Penguin presents the audiobook edition of First Prize for the Worst Witch by Jill Murphy, read by Gemma Arterton.

Accident-prone Mildred Hubble is the Worst Witch at Miss Cackle's Academy. She's always getting her spells wrong and landing herself in trouble. But Mildred is in the last term of Fourth Year and determined to prove that she's not as useless as everyone thinks - could it be First Prize for the worst witch after all?

"The Worst Witch is back - and it's as subtly feminist as ever." (New Statesman)

Struggled to finish the book
Still great though make more
Please there the best!

I very much enjoyed this audiobook since I love 💖 these books. I have read each and every book 📚 In the series.
Do read!

Do listen to this with your children. A heartwarming, humorous story, beautifully narrated. Highly recommend!