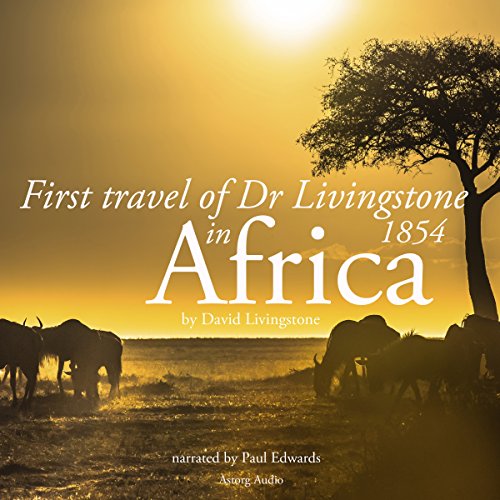 David Livingstone was a Scottish missionary and one of the greatest European explorers who ever lived. He fought all his life against slavery, and is remembered as a national hero for opening up the interior of the so-called "Dark Continent"; his expeditions had a tremendous influence on the colonization of Africa and the relation between Europeans and Africans. The son of a Christian missionary himself, Livingstone felt a spiritual calling to reach people in the interior of Africa in order to find new commercial routes and thus free the Africans from the plague of slavery.

He was the first European to cross the width of southern Africa, reaching the mouth of the river Zambezi on the Indian Ocean in May 1856. When he first returned to Britain after this first expedition, he widely publicized the horrors of the slave trade while relating the tale of his adventures and explorations in a wild and unknown territory.
©Public domain (P)2016 Compagnie du Savoir

What listeners say about First travel of Dr Livingstone in Africa

Very descriptive, but somewhat more succinylcholine than I expected. Also to written in the third person.

I am only giving this book three stars because It was so abridged that I felt ripped off. I was looking for the full length version which I know is a true classic written by one of the greatest men in British history.