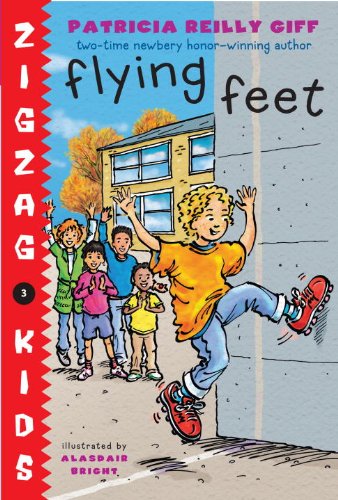 When Charlie hears that special buzz in his head, he knows it means one thing: An idea for a new invention. But Charlie's ideas tend to backfire - such as the flying feet that don't really fly. If only Charlie could make his inventions work, people might think he's as special as his older brother, Larry. Then the Zigzag afternoon center organizes a Come as a Character Day, and Charlie gets his chance to shine.

What listeners say about Flying Feet