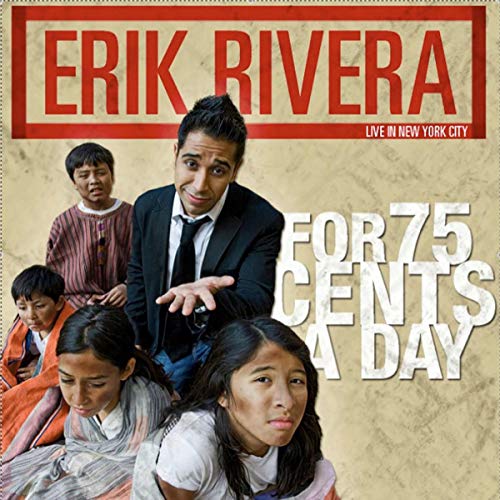 Erik Rivera's "boy next door" good looks and unique perspective, makes him one of New York's fastest rising young comedians. His quick wit along with his commanding stage presence, charisma, and infectious smile all makes him a favorite act at comedy clubs throughout New York City. Rivera is a regular on the New York comedy scene and can be seen nightly at The New York Comedy Club, The Comedy Cellar, The Original New York Improv, Caroline's, and Boston Comedy Club. When in Los Angeles, Rivera plays The Comedy Store, The Comedy Union, and The Laugh Factory.

What listeners say about For 75 Cents a Day