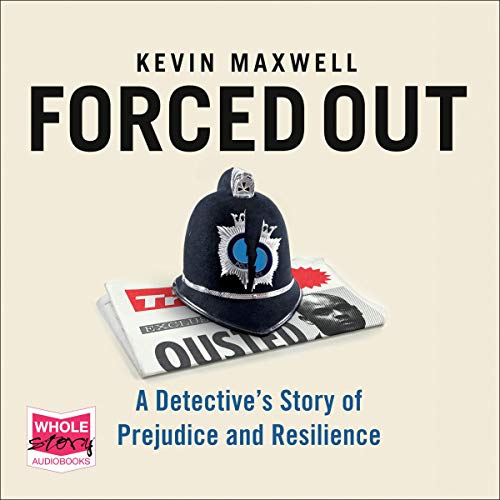 Kevin Maxwell was a dream candidate for the police force: he had a long-held desire to serve his community, a strong moral compass and a clear aptitude for both the strategic and practical aspects of policing. And, as a gay black man from a working-class family, he could easily have been a poster boy for the force's stated commitment to equal opportunities. Joining just after the 9/11 attacks, Kevin entered policing determined to keep communities safe in the face of a changing world. But instead he came up against entrenched prejudice, open racism and homophobia.

For more than 10 years, Kevin strove against the odds, until he took the force to an employment tribunal with devastating results. Forced Out is a revelatory exposé combining deeply affecting memoir with sharp analysis and a fascinating insider perspective on day-to-day life in the force. It is a touchstone for the silent many who have either tried to ignore abuse for the sake of their career or who have been bullied out of their jobs. It paints a sobering portrait of an institution that has not yet learned the lessons of the past and whose prejudice is informing the cases it chooses to investigate and the way it investigates them. And it asks the important question: what needs to change?

What listeners say about Forced Out

I can't help but feel shame following this story. Kevin told the story in great detail and with great precision. Here was a man ground down by racism and homophobia and ground out of the police force. In addition to all of the questions relating to the prejudice and racism, we have to ask why the police hierarchy put so much effort into the ruination of the life of one man.

Things will not change so quickly, I am sorry to say but for all of those officers struggling in this way, the best of luck to you.

Every cop should know what Kevin went through. This should be essential reading material for any current or aspiring cop if any change to the institutional discrimination and racism is ever going to happen. Thoroughly enjoyed the book.

The substance of this book is necessary and important, but it is often a frustrating read and occasionally would benefit from a firm editorial hand as detail sometimes overshadows the significant.

Audio: I felt the narrator lacked nuance so do listen to a sample first. I did, but it is read in a style that is rather monotonous with intonations repeated for a variety of beats, which left me feeling detached.

With everything that suddenly happened in the USA my timing could not have been better to help understand both sides, this is a very moving 'Real life' story......it goes from informative ,emotional, hard hitting to deeply saddening.....I found it very well written and up to date with the running and control that the British police have,use,take advantage of.....my heart goes out to Kevin Maxwell on having his lifes dream of being a cooper being taking away by the British police ......and yet he has been so loyal and did everything that was asked of him....THIS IS A MUST READ x

Difficult to know where to start on this review. I liked the part where he talks about his childhood. I enjoyed hearing a bit more background to major events that I was aware of at the time.

But there is way too much detail - particularly in the latter parts where he goes on and on and on about his case.

It was always going to be difficult for him to integrate. The first women in the Police found it equally tough and were equally belittled and made fun of. I guess it boils down to how much he wanted to stay in the Police. In his position, I would've aimed to rise through the ranks so that I became untouchable. Kevin didn't have that fortitude.

This is a fantastic book, compelling, well written and reflective.

The narrator's accents were a little off, but overall a good performance.

I had to listen to this three times to take in the appalling nature of what Kevin went through. A man of integrity, honour and compassion who was treated shamefully by the police force despite an unblemished record and also because of the colour of his skin and sexual preferences. These books should not exist in this day and age but sadly they do and we can all learn from listening to this. Truly an incredible work. Have tissues to hand. I genuinely cried at many parts

I sympathise with the writers journey, so many aspects I agree with. Very detailed. Such a shame that a good officer experienced such treatment.

I learned so much from this tragic tale. Well done to Kevin Maxwell for having the courage to tell it!

Description of the current system

The story describes how the system works against you if you're from a minority background and have issues from racial discrimination and prejudice. Not sure about the accent the story teller is using.