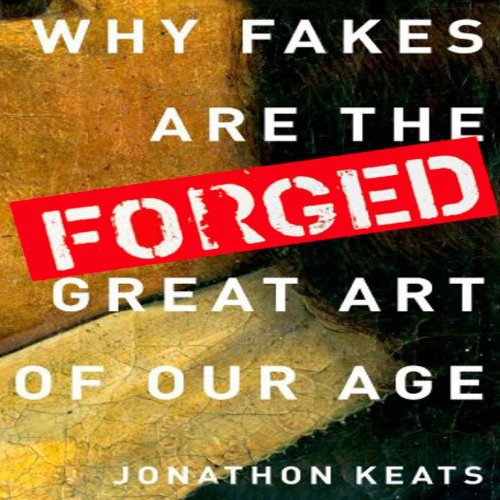 According to Vasari, the young Michelangelo often borrowed drawings of past masters, which he copied, returning his imitations to the owners and keeping originals.

Half a millennium later, Andy Warhol made a game of "forging" the Mona Lisa, questioning the entire concept of originality. Forged explores art forgery from ancient times to the present. In chapters combining lively biography with insightful art criticism, Jonathon Keats profiles individual art forgers and connects their stories to broader themes about the role of forgeries in society.

From the Renaissance master Andrea del Sarto who faked a Raphael masterpiece at the request of his Medici patrons, to the Vermeer counterfeiter Han van Meegeren who duped the avaricious Hermann Goering, to the frustrated British artist Eric Hebborn, who began forging to expose the ignorance of experts, art forgers have challenged "legitimate" art in their own time, breaching accepted practices and upsetting the status quo.

What listeners say about Forged

It’s a nitpick, but all German, Dutch and French terms are incomprehensible even to native speakers. Using translations or working from Audio samples would have been better.