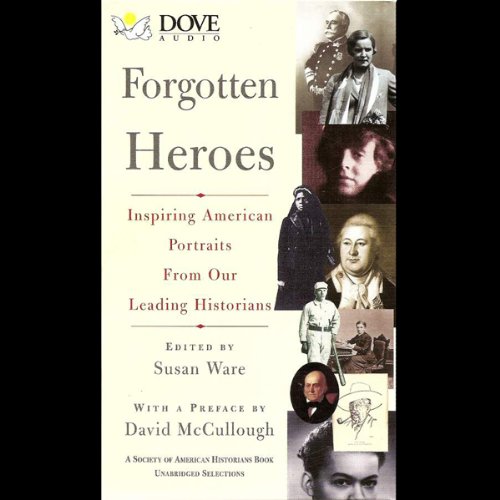 For Forgotten Heroes, a few of the country's leading historians were invited to choose their favorite stories of under appreciated Americans--from Stephen Jay Gould on deaf baseball player Dummy Hoy, to Alfred Kazin on "the failed president" John Quincy Adams, to Christine Stansell on Margaret Anderson, the publisher of James Joyce's Ulysses. This audiobook includes nearly as many women as men, and nearly as many people before 1900 as after.
©2009 Phoenix (P)2009 Phoenix

This is an interesting book which covers the lives and historic contributions to American history of some fairly unknown and forgotten people. Most were unknown to me, which is the purpose of reading the book. However, I was distressed that their contribution was actually only covered tangentially in explaining the situation. For example, George Druillard, a member of the Lewis and Clark expedition--most time was spent on L&C, not the subject, George. Good book, though.