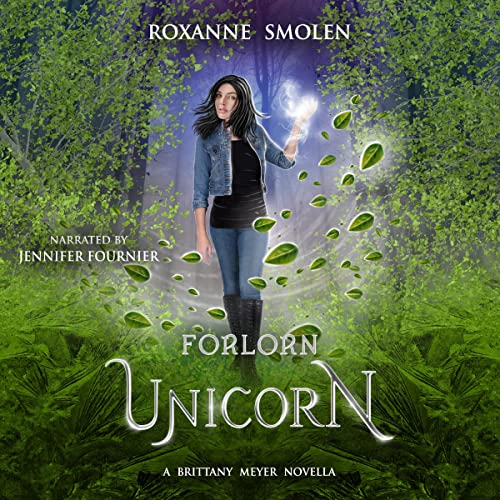 In Book Six of the Brittany Meyer Novellas, Brittany has been named leader of her three-person coven. In addition, she has been given custody of a two-week-old unicorn who has been rejected by her mother. These unexpected responsibilities have triggered Brittany’s depression and lack of self-confidence.

However, the tyrant witch queen is dead, and because she died while battling Brittany, the young witch feels obligated to right all her wrongs. When Brittany learns that the late queen kept a secret dungeon in another dimension, she becomes determined to find a way into the realm and release the prisoners.

But time is running out. The dimension belongs to a sentient rainforest who, in retaliation for the atrocities against nature on their planet, have killed all life forms but their own. With her new coven and baby unicorn in tow, Brittany opens a portal into danger. Can she get the prisoners out before the plants overrun the dungeon? Should she risk all their lives for people she doesn’t even know? She can’t abandon the prisoners to die. What’s a teenage witch to do

Forlorn Unicorn, a coming-of-age story with a mix of humor and introspection, will keep teen listeners glued to their seats.

What listeners say about Forlorn Unicorn