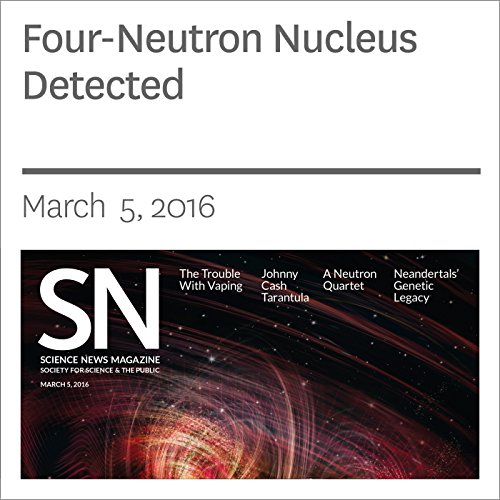 The suspected discovery of an atomic nucleus with four neutrons but no protons has physicists scratching their heads. If confirmed, this “tetra-neutron” would be the first example of an uncharged nucleus, something that many theorists say should not exist. “It would be something of a sensation,” says Peter Schuck, a nuclear theorist at CNRS in France who was not involved in the work.