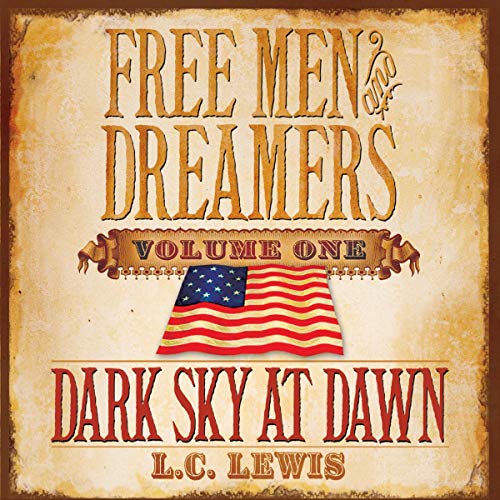 It is a dangerous time for America. The years following the signing of the Constitution have been riddled with British aggressions aimed at breaking the will of the young government. Trade restrictions tear at its economy while British ships attack and kidnap Americans at sea, refusing to acknowledge their American citizenship.

Washington, Franklin, and Hamilton have died. Their inspired dream is now entrusted to their aged and war-weary peers and to the succeeding generations - men and women, born in liberty, who are prepared to sacrifice their lives in its defense.

But the divisive evils of greed, slavery, and class distinction cast a dark cloud over the promise "We the People," even as war talk rattles the governing halls. America declares a war to reconfirm her independence...a war to protect her "more perfect union": The War of 1812.

Some believe a more divine purpose awaits the Union in the wake of this war. Such seekers are Jed Pearson, the sensitive heir to both a large plantation and a mysteriously tainted family heritage, and Hannah Stansbury, the visionary woman whose family holds the key to the Pearson riddle.

Treacherous forces on both shores seek to manipulate the war's outcome for their own purposes, ensnaring Jed and Hannah in dangerous intrigue during this pivotal moment in time when the ultimate definition of liberty is about to come to light.

Dark Sky At Dawn, the stirring first volume in the epic Free Men and Dreamers series, tells of the fascinating people, events, history, and spiritual reawakening that precede the compelling moment in time before the guns blazed and the light of the Restoration dawned on a new day.

What listeners say about Free Men and Dreamers, Volume 1: Dark Sky at Dawn