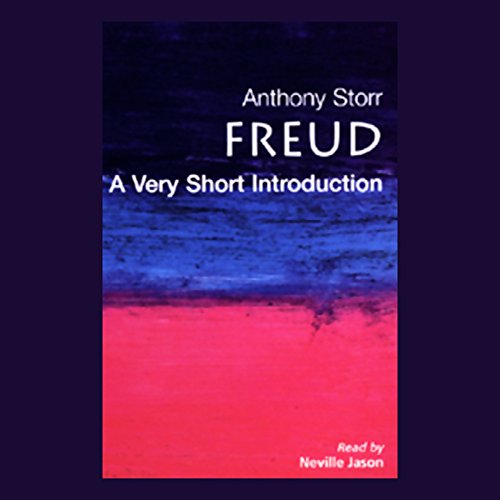 Sigmund Freud revolutionized the way in which we think about ourselves. From its beginnings as a theory of neurosis Freud developed psychoanalysis into a general psychology, which became widely accepted as the predominant mode of discussing personality and interpersonal relationships. Anthony Storr goes one step further and investigates the status of Freud's legacy today and the disputes that surround it.

What listeners say about Freud

best for starters and reviewers

Best for starters and reviewers.
Go for it to understand people and freud. Loved it.

Super. Enjoy and Read carefull.Freud was a Great man and Antony Storr also
Thank you.

Informative and good to listen to

What made the experience of listening to Freud the most enjoyable?

The attempts to explain Freud's theories was concise and mostly understandable. Many of the concepts were put into historical socio-cultural context, and it was also explained how these are viewed in today's analytic context and what did not last the test of time.

An excellent book; it does precisely what it sets out to do. Short, yet highly informed, there is no compromise in the quality of the critique

A sceptical take on the Old Boy of psychoanalysis which does, however, grant his many merits. As far as I can tell an adequate place to start.

The reader's accent and delivery are splendid.