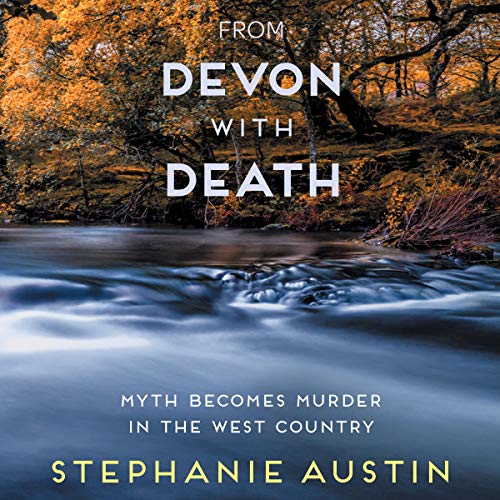 From Devon with Death

When Juno Browne finds a life-sized effigy floating in the River Ashburn, a note attached claims it as the work of Cutty Dyer, Ashburton’s mythical blood-drinking demon. But despite Juno’s instinct that this is a sign of trouble ahead, the police dismiss her find as a practical joke. Then the body of a woman is discovered by the river, and it becomes clear that a killer has taken on Cutty’s identity.

As suspicion falls on someone close to her, Juno finds herself drawn into solving the mystery, desperate to prove her friend’s innocence. Yet as the rain falls steadily and the level of the River Ashburn continues to rise, Juno must unmask the real identity of Cutty Dyer or risk being swept away on a murderous tide.

What listeners say about From Devon with Death

I love this series and have devoured the first three books. The characters are so well developed I have visual images of them. Plots are complex enough to keep you guessing. Can’t wait for the next book!

Love the voice of the narrator!
Not too complicated of a mystery surrounding deaths of locals. The heroine is sweet, pretty, and attractive to dead bodies.
Pleasant and i stressfree listening.

Very disappointed with this book. If you want a thriller/suspense story don’t read this book. It’s more about a women caring for elderly women who goes on a lot cruises 👎🏻👎🏻

Fantastic 3rd book of the series by Stephanie Austin

Having read Stephanie Austin’s first two books I decided to try From Devon with Death on the audiobook.
I really enjoyed the story, all of the plot twists. And trying to work out who the killler was. The descriptions of Ashburton and the surrounding countryside made me want to pay it a visit and explore the antique shops!
This audiobook was narrated beautifully too.
I am looking forward to the next book.