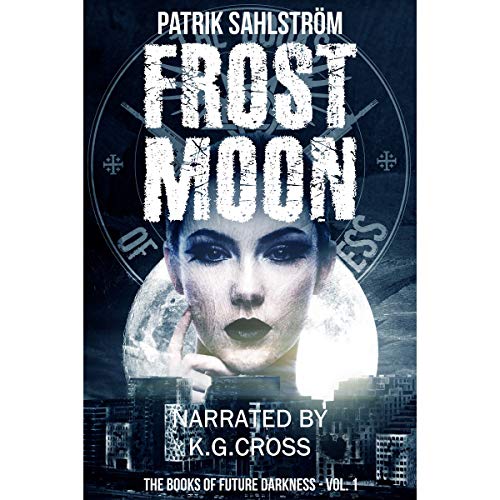 Old truths - shattered. Old structures - broken. The barrier is breached, and after the last armies of the world fell to dragons’ fire and demons’ ire, the only ones standing between predators and prey are the foot soldiers of a power-mad Church.

Welcome to the Books of Future Darkness - Patrik Sahlstrøm’s tales of a world gone mad, where desperate people do everything to survive after the magical apocalypse. Here, packs of werewolves hunt the countryside, corrupt Cardinals rule their fiefdoms like Machiavellian princes, and young men in Italian power armor are sent out to bite off more than they can chew.

Frost Moon is the first installment of the chronicles of the errant war witch Elisabeth, raised by the Church to battle both the legions of darkness and anyone suicidal enough to stand in the way of their hegemony. Now she is on the run - but will her wits and her magic be enough to escape the clutches of the Cardinal of Oslo?