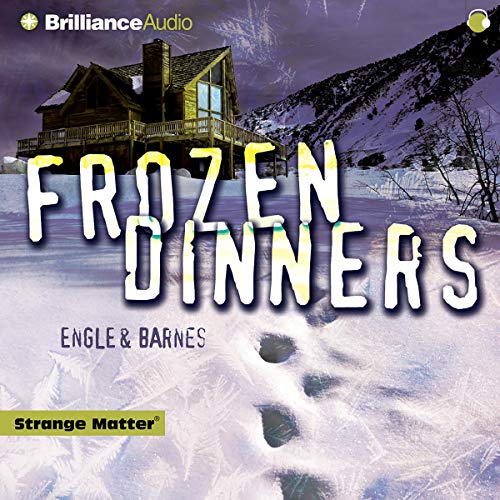 A freak snowstorm has him sealed in his uncle's mountain cabin, along with his brother Mark and sister Teresa. But Uncle Shoe is missing, and no one's coming to rescue them. Should they take their chances and hike down the mountain to safety?

Max doesn't think so, especially not since he found those huge tracks in the snow. Then there's that inhuman howling coming from the woods.

Now barricaded behind the cabin door, Max thinks he knows what it might be. He's found some old reports that the Abominable Snowman, the yeti, was sighted there 50 years earlier. Has it returned?

The kids aren't taking any chances. They've boarded up the cabin, because as much as they want to get out . .

Something else wants in.

What listeners say about Frozen Dinners

Nothing about this is supposed to be high art or Oscar winning material. It was, however, just plain fun!

I like the Ivan T. Sanderson reference, and afrer many years of wanting to read this, I just happened to listen to it on Saturday, December 11th. Listen to the dialog in the story and you will understand the signifigance. This is a great one to listen to when a snow storm is rolling in. Just make sure you have Old Thunderblades waxed up and ready!

Bonus: Not that it's in any way related, but more fun for a snow storm is 1951's The Thing From Another World.