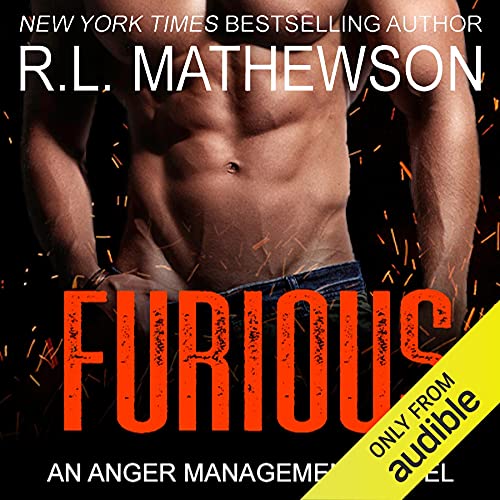 Best-selling author R.L. Mathewson takes on the impossible with the Anger Management series.

For those who love to see someone who’s been to hell and back finally get their happy ending.

Sometimes you have to go through hell to get what you want....

Was it wrong to hate your patient? Probably. This was just supposed to be another job for Sloane, but somewhere along the line everything changed and she found herself risking everything for the one man who could destroy her.

In the blink of an eye, Chase’s entire world was destroyed, taking away everything that he loved and leaving him struggling to go on. He hates who he’s become, hates the memories that keep him up at night, and hates knowing that the life that should have been his was gone forever. The only thing that gives him hope is the one woman he could never have.

Because he would never survive losing her.

What listeners say about Furious

The book is very entertaining until the H&H get stupid for the last 200 pages. These are characters I was rooting for
and the author didn’t have to dumb then down. It’s a fun read anyway and it’s advisable to skip the slogging part before the end.

I have a love hate relationship with R.L. Mathewso

For example, she left a crumb trail in book one of the anger management series, and I desoerately want to know what hapoened to the lady and the kid and Ryan.

another example is she took to halfway in this book to hook the two books together to make it an actual series, though I admit when she finally hooked them together....it was supremely satisfying. The hookup left me with a beautiful Ahhh thats how yhe circles cross. and a loud bought doggone time.

I love her character develipment, i love the complexity of emotion and face it I love snark, I really enjoy her writing. (I almost even like her Pyte/sentinal series....if it involves vamps its an automatic no ,but I have read them. her writings good but vamps and Pytes....oh the endless angst...)

by the way....there are a few sneaky tear jerker moments in this book. as in they are little bottle rockets, startling and noisy. but not devestating.