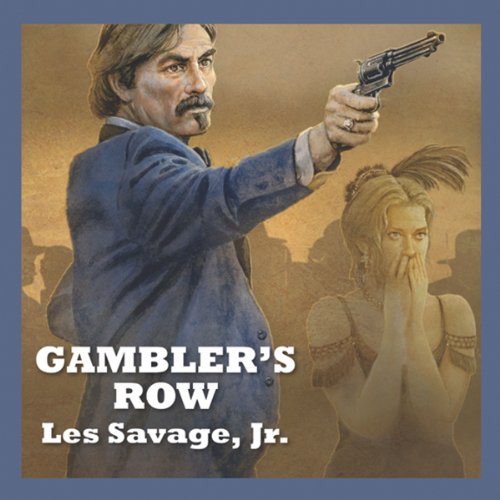 In this Western trio, title story 'Gambler’s Row' opens with the arrival at Silver Slipper on Custer Street in Laramie, Wyoming Territory, of a man known only as Drifter. He has been hired by Faye Warren, the beautiful and capable woman who owns and operates the Silver Slipper.

Gerald Pine, a reformer, was murdered at the intersection of Custer and Second, and there was an eyewitness to the killing, a witness who has since disappeared. To protect the interests of the Silver Slipper and the other owners of houses of chance on Gambler’s Row in Laramie, it is imperative that this eyewitness be found, since his testimony would exonerate the Row of any involvement in the murder. Drifter has his own reasons for wanting to find one of these potential witnesses, but that job will not be easy.

What listeners say about Gambler's Row