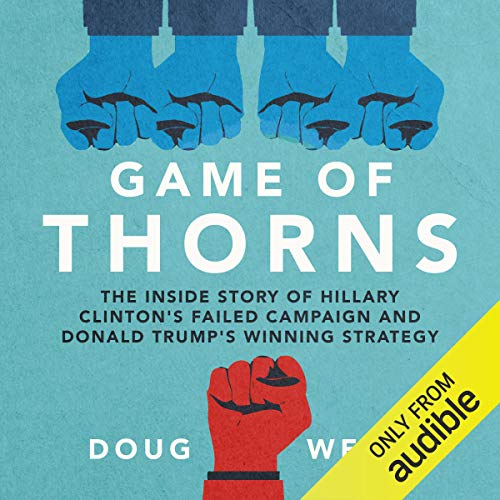 Enter Hillary Clinton: a seasoned politician with a slick PR team and the majority of the world's media behind her.

Even if these aren't the most obvious ingredients for a presidential race, surely the outcome is a given?

Yet in one of the most incredible upsets in modern political history, Donald Trump defied the odds and emerged triumphant, leaving his opponent - and the rest of the world - reeling from her shock defeat. But where did it all go so wrong for Clinton?

I love audio books, this is definitely 5 stars .
Completed listening in 2 days