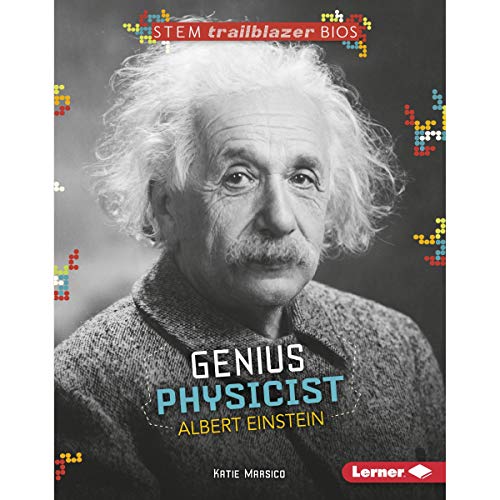 Have you ever used your imagination to solve a problem? When Albert Einstein was young, he was fascinated by the way magnetism made a compass work. As an adult, he used thought experiments to solve some of the universe's greatest mysteries. Einstein loved to think about math and science. He worked for a while at a patent office, but his mind wasn't focused on inventions. Instead, he thought about the universe. In 1905, Einstein's Special Theory of Relativity solved questions that scientists had grappled with for hundreds of years.

Learn how Einstein's imagination became a powerful tool that helped him understand the nature of space and time.

For school we have to write a whole entire page about a biography and all of a sudden I remembered about audible and read this really interesting and inspiring book that I really recommend and I ended up writing The page but I need it for school with this book!