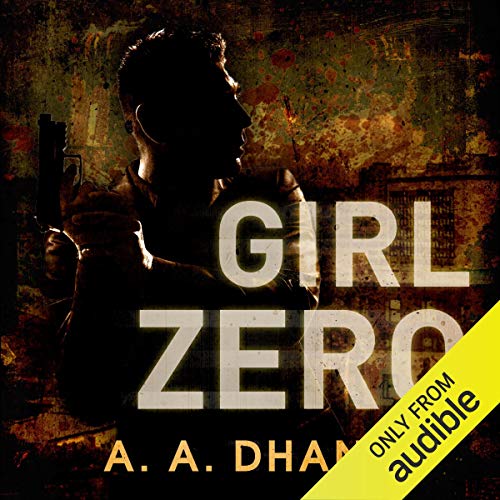 Written by: A. A. Dhand
Narrated by: Muzz Khan
Free with trial

There are some surprises that no-one should ever have to experience. Standing over the body of your beloved - and murdered - niece is one of them.

For Detective Inspector Harry Virdee, a man perilously close to the edge, it feels like the beginning of the end. His boss may be telling him he's too close to work the case, but this isn't something that Harry can just let lie. He needs to dive into the murky depths of the Bradford underworld and find the monster that lurks there who killed his flesh and blood. But before he can, he must tell his brother, Ron, the terrible news.

And there is no predicting how he will react. Impulsive, dangerous and alarmingly well connected, Ron will act first and think later. Harry may have a murderer to find, but if he isn't careful he may also have a murder to prevent.

"Outstanding - relentless, multi-layered suspense and real human drama make this a crime debut to relish." (Lee Child)
"A tense slice of neo-noir that has won Dhand comparisons to both BBC drama Luther and HBO's The Wire." ( Observer)
"A sombre, gritty race through the unsettling underbelly of the city...compelling and unflinching." ( Yorkshire Post)

What listeners say about Girl Zero

I see some of my fellow reviewers have been a little savage about this one. I can certainly understand some of the points being made and plenty of people are likely to have a problem with the heavily accented narration. That said I've enjoyed these first two books and I think that Muzz Khan adds real authenticity to the Asian characters. If it all falls apart with the non-Asian characters a bit the Asians are more important to the story and the overall series. It's definitely better this way than having a non-Asian narrator fumble the asian accents. In fairness it took me a while during the first book to tune into it and I didn't like some of the pronunciation but that feeling of it being genuine felt more important. Take a listen to the audio sample and make your own decision.

The story itself delves into some very edgy subjects, it shows the incredibly multi-faceted nature of prejudice and racism within our modern communities. It delves into multiple faiths and reflects how in each there are various levels of commitment to them. The clashes of culture and inter-racial attitudes that exist in today's UK towns are far from simple and I think it's important that these things are given air by authors like Dhand.

The story, well it is a bit far-fetched but no more than say some of Peter James's Roy Grace novels of which I am a big fan. It's hard-hitting with characters that have grown up the tough way in desperate circumstances.

I think the other reviews demonstrate quite reasonably that this isn't going to appeal to everyone but all I can say is that I am enjoying this series and feel that the stories have relevance to our modern day society. The ending which had an almost epic feel to it also suggests that Dhand will be upping the ante somewhat in the next book.

Tried, but just couldn't do it!

Only an hour or so to finish but, you know, I just couldn't care less what the out come was!
Really couldn't get on with any of the characters - double standards, racism, thuggish ... and that's only the good guys!
Nah, not for me! Will not be looking for anything else from this series.

I finished this book a while back but I haven't written a review yet because, weird as it sounds, I can't decide if I liked it or not! Can I firstly deal with the narration. I usually listen to books at a speed of 1.2, because it means I can listen to more books but it's not so fast that you can't keep up with the conversation. Muzz Khan speaks so slowly that I upped the speed to 1.3, then 1.4 and finally settled on 1.5! Even with that speed I found myself getting impatient at times!! I thought the story was good and well thought out. The cultural differences between generations within the same family were heartbreakingly credible, and it's altogether too easy to imagine those type of arguments happening in families throughout the world all the time. I think it was the elements between Harry and his brother that I felt stretched the boundaries of plausibility, I couldn't get my head around it at all. So, between that and the narration issues, I may well buy another ebook by A A Dhand, not sure if I'd invest in an audio version with this narrator. Sorry

I couldn't stand to listen to this

The way this is read is so impossible to listen to. The reader pauses in odd places and enunciates words weirdly making it very hard to follow. The story might possibly be alright but the reader is so appalling you'll be lucky to find out.

I didn't want to finish it at first but then...

I wanted to return this book at first. Then I decided to give it a chance and I, well, enjoyed it to some extent. This book was kinda a background play for me. The narrator did a good job trying to place you in the story. I'm satisfied overall. However, it is not the book I would read first.

This is not very good.

Would you try another book written by A. A. Dhand or narrated by Muzz Khan?

No. Mr Khan has a very irritating accent (I think it's Huddersfield rather than Bradford , but it's irritating. Espcially the way he says "City"
Mr Dhand is simply not a good writer. There's no nice way to say it. This was not an enjoyable experience.

What could A. A. Dhand have done to make this a more enjoyable book for you?

Weak characters, a poor writing style and a story that brings new meaning to the word implausible .

Too depressing to engage with.

What character would you cut from Girl Zero?

The hero is insipid and a mummy's boy. His father is a bigot. His 'genius' brother is a dickhead and couldn't run a bath, never mind the Bradford underworld. All the female characters are ciphers. Bradford itself is just a poor, ordinary Northern City, it's not frightening in the slightest. Just a huge steaming pile of poo!.

I actually would like to slap the journalist who compared this to The Wire! This was more like the Bill (so some people will like it, I suppose).

I rarely comment, but this was so poor I feel that I have to.

Dhand really gets Bradford. The hope, the despair; the constant tension between order and chaos. This is a well-plotted novel, and is brought to life brilliantly by Muzz Khan.

As soon as I'd listened to the first book, Streets of Darkness, I went straight onto this one and guess what? It's even better than the first :-)

This time it gets personal for Harry when he has to investigate the death of a young Asian girl who turns out to be his niece. This is another brilliant police procedural. The plot is brilliantly executed and the action is fast and furious. It's tough and it's violent and I absolutely loved it. Harry and Saima are a wonderful couple and you kust can't help rooting for them.

Once again, the book is narrated by Muzz Khan who gave the book an authentic voice (though his narration is a little slow and needed to be speeded up).

The worst narrator in Audible!

Whilst the story sounds interesting, neither my wife or I could stand listening to the narrator, what on earth were the publishers thinking?
Gave up after 10 minutes. The worst narration I have heard so far.

Struggled with this narrator.

The book could be good, but I couldn't concentrate on it due to the narration. The accent didn't bother me, but the speech was slow with odd pauses in the middle of a sentence, and even one mistake which was corrected. Surely that should be dealt with before publishing?