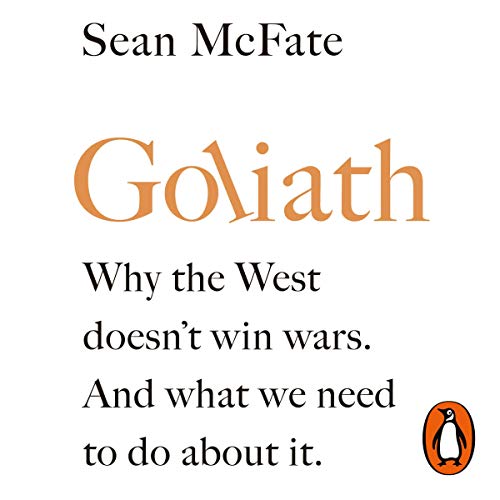 Everything you think you know about war is wrong.

War is timeless. Some things change - weapons, tactics, leadership - but our desire to go into battle does not.

We are in the midst of an age of conflict: global terrorism, Russia's resurgence and China's rise, international criminal empires, climate change and dwindling natural resources.

The stakes are high, and we are dangerously unprepared.

As a former paratrooper and military contractor, Sean McFate has been on the front lines of deep state conflicts. He has seen firsthand the horrors of battle and as a strategist, understands the complexity of the current military situation.

The West is playing the same old war games, but the enemy has changed the rules.

In this new age of war, technology will not save us; victory will belong to the cunning, not the strong; plausible deniability is more potent than firepower; corporations, mercenaries, and rogue states have more power than nation states; and loyalty will sit with the highest bidder.

This is The Art of War for the 21st century. Adapt and we can prevail. Fail, and size and strength won't protect us. Learn how to triumph in the coming age of conflict in 10 new rules.

What listeners say about Goliath

west could be dominating the globe cheaper, washington still the city on the hill,

What a work. So much to think about. Thank you Sean. Time for us to wake up and smell the coffee.

A salutary warning for future leaders

Sean McFate brilliantly showcases the necessity for change in the way the West thinks about it's security. More importantly, McFate sees the potential for future conflicts to fail in exactly the same way as previous wars, unless a radical re-think at every level of our security infrastructure takes place, and soon!

A lesson in Strategy

McFate has written a book that will either disturb or suprise you, he utilises the folly of military strategic history to demonstrate his point on how western ideals of war are placing western forces and its public in needless danger.

From a strategic viewpoint, McFates strategic tales offer the strategist a perspective that can assist them in better understanding situation(s) that may not be as they appear.

For the casual leader McFates provides a blend of historic and present day military accounts that will raise more than one eyebrow, furthermore his message of what furture wars will look like will provide all readers with food for thought long after reading.

Overall this book and audiable performance was excellent with my omly criticism being that somepoints need not have required such lengthy explanations.

This is the future

The author is able to articulate many things that most people who've spent years in the military know to be true. This book is to military/foreign policy as the road less travelled by M. Scott Peck is to understanding conciousness.