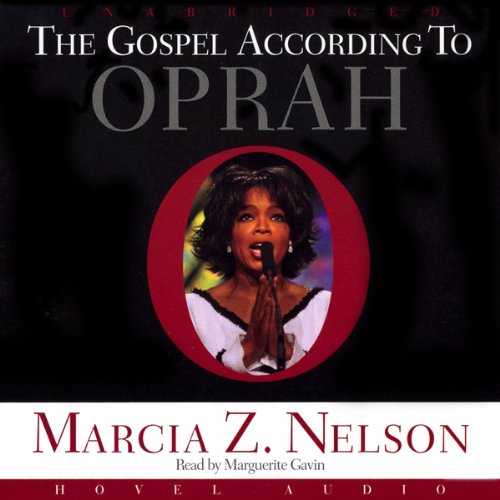 Gospel According to Oprah

Oprah Winfrey is arguably the most well-known and most well-liked woman in the world today. Every day her television show reaches millions of viewers, and if you include her magazine, Web site, book club, television network, and movie production company, her influence is without comparison. Indeed, she has been nicknamed "The Queen of All Media."

Yet unlike many celebrities, Winfrey's is an overwhelmingly and unerringly positive public persona. Here, religion reporter Marcia Nelson explores the spiritual dimensions that are prevalent in all aspects of the Oprah Winfrey media empire. Though Oprah is rarely explicitly religious on her television show or magazine, Nelson points out that there are several major Christian themes that weave through these aspects of her life and work: confession, redemption, healing, mission, forgiveness, and salvation.

Nelson concludes that Oprah is a "compelling spiritual teacher in a spiritually eclectic and ever-practical America." This work will appeal both to Oprah fans and people who are fascinated by the intersection of religion and popular culture.