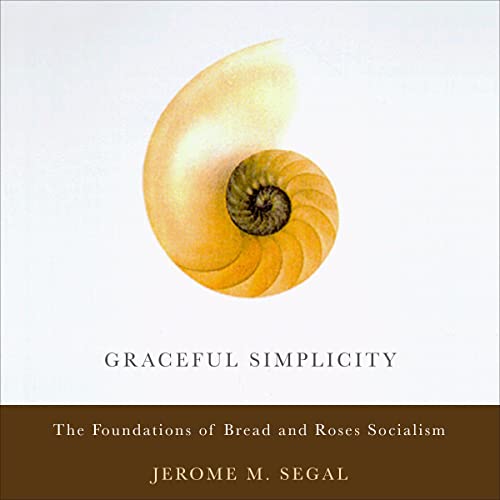 Graceful Simplicity: The Foundations of Bread and Roses Socialism is a new audiobook prepared with an eye on the 2024 Presidential elections. The author, Jerome Segal, is challenging Joe Biden for the nomination of the Democratic Party.

The audiobook is primarily the first audio of Dr. Segal’s seminal 1999 book, Graceful Simplicity: The Philosophy and Politics of Simple Living. The original book made two main contributions to the literature on simple living. First, it argued that beauty and creative expression should be counted among our basic needs, and their fulfillment part of what simple living aspires to. Secondly, it argued that simple living should be thought of as more than a life-style choice. Rather, it should animate a new politics, one which places making the option of simple living relevant to people at all parts of the income spectrum, the central goal of socio-economic policy. Concretely, this means making it possible for people on a minimum wage to meet their core needs (including beauty) on 4 or even 3 days of Job System work per week.

Starting when he first ran for public office in 2018, Dr. Segal went from writing about the need for a politics of simplicity to actually pursuing one. Over time he came to use the term “Bread and Roses socialism” to characterize his political program, and came to call himself, a bread and roses socialist. The new audiobook opens with a preface that explains the transition from “graceful simplicity” to “bread and roses socialism” as well as the conceptual linkage between the two concepts.

Graceful Simplicity (1999) was a Book of the Month Club selection, and was translated into Danish and Chinese.

What listeners say about Graceful Simplicity