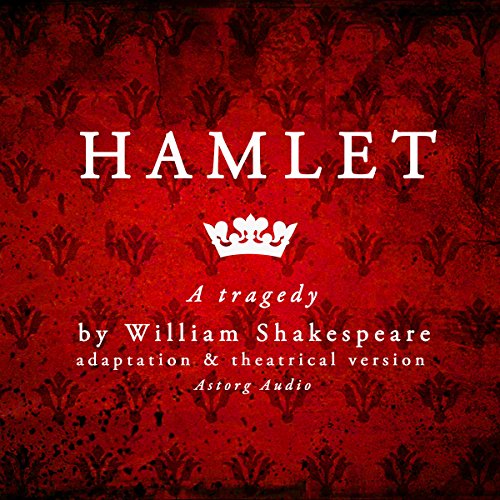 The Tragedy of Hamlet, Prince of Denmark, is a tragedy by William Shakespeare. Set in the Kingdom of Denmark, the play dramatises the revenge Prince Hamlet is instructed to exact on his uncle Claudius. Claudius had murdered his own brother, Hamlet's father King Hamlet, and subsequently seized the throne, marrying his deceased brother's widow, Hamlet's mother Gertrude. Denmark has a long-standing feud with neighboring Norway, which culminated when King Hamlet slew King Fortinbras of Norway in a climactic battle years ago. Although Denmark defeated Norway, and the Norwegian throne fell to King Fortinbras's infirm brother, Denmark fears that an invasion led by the dead Norwegian king's son, Prince Fortinbras, is imminent. The play opens on a cold night on the ramparts of Elsinore, the Danish royal castle. The sentries Bernardo and Marcellus and Hamlet's friend Horatio encounter a ghost that looks like the late King Hamlet. They vow to tell Prince Hamlet what they have witnessed.

Hamlet is Shakespeare's longest play and among the most powerful and influential tragedies in English literature, with a story capable of "seemingly endless retelling and adaptation by others." The play seems to have been one of Shakespeare's most popular works during his lifetime and still ranks among his most-performed. It has inspired writers from Goethe and Dickens to Joyce and Murdoch, and has been described as "the world's most filmed story after Cinderella".
©Domaine public (P)2015 Compagnie du Savoir

What listeners say about Hamlet: a tragedy by William Shakespeare

I believe this is a reissue of an old series called "The Living Shakespeare," which featured one play per LP (or rather one LP per play), with introductions by Bernard Grebanier. The recordings feature many notable actors of the day with elaborate music and sound effects. The only knock against them, and the reason I gave it four stars instead of five, is that it's been drastically cut. Hamlet in the raw is about four hours long - this recording is a fourth of that.

Whether this is a bad thing or not depends on what you're looking for. I spent many happy hours listening to this series my first year of college, and my appetite whetted, I went on to the "real thing." If that's what you're after, then this is the series to get. If you want to introduce someone to Shakespeare who isn't ready for four hours of tragic verse, have them listen to this.