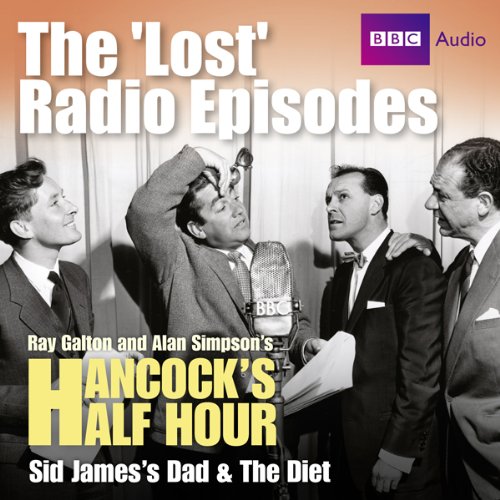 In 'Sid James's Dad', Sid is expecting a visit from his father. Being ashamed to admit his true profession, he has explained his regular appearances in court by telling the old man he is a judge.

'The Diet' sees Hancock being offered the lead role in a romantic film. Unfortunately, the American producer, Mr Stroud (Kenneth Williams), tells Hancock he's too fat for the part and tells him to diet.

Celebrating the 60th Anniversary of the Galton and Simpson writing partnership. Broadcast live, these rare recordings are made available for the first time in over 50 years.

What listeners say about Hancock