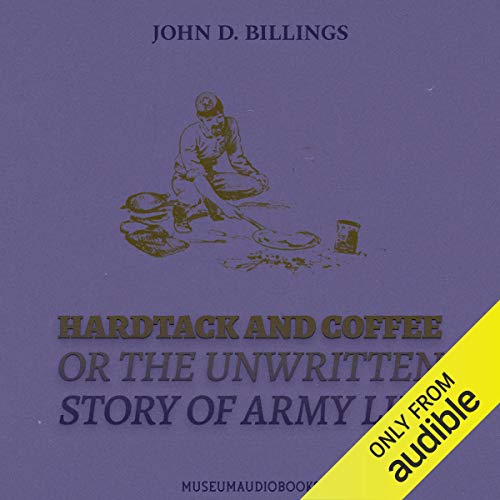 Hardtack and Coffee or The Unwritten Story of Army Life

Hard Tack and Coffee: The Unwritten Story of Army Life (1887) is a memoir by John D. Billings, who was a veteran of the 10th Massachusetts Volunteer Light Artillery Battery in the American Civil War. Originally published in 1888, the book quickly became a best seller, and is today considered one of the most important books written by a Civil War veteran.

The subject matter of Hard Tack and Coffee is about the details of army life - how the common Union soldiers of the Civil War lived. The book is divided into twenty-one chapters that examine the origins of the Civil War, enlistment, daily life in tents and in log huts, marches and army rations.