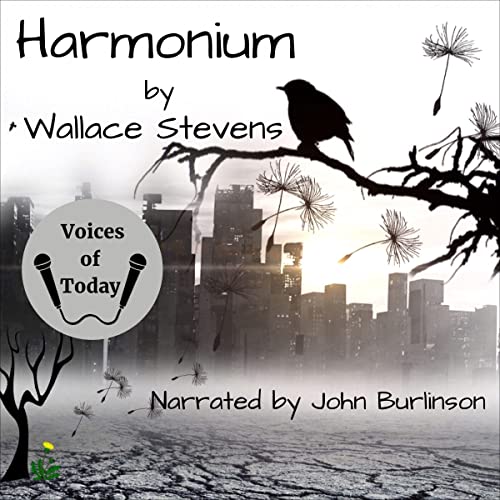 Harmonium was American poet Wallace Stevens's first book, published when he was 44 years old. It represents his complete poetic output up to that point in his life. It is now considered a masterpiece, one of the great contributions to literary Modernism. It is a mixture of pure, rational, philosophical thought, and imaginary nonsense-verse. It is striking in its diversity and includes some of Stevens' best known and most-loved poems: "Anecdote of the Jar,", "The Emperor of Ice Cream," "Le Monocle de Mon Oncle", "Sunday Morning", "The Snow Man" and perhaps his most famous poem, "Thirteen Ways of Looking at a Blackbird."

When the book was published in 1923, critic Mark Van Doren wrote in The Nation that Stevens's wit "is tentative, perverse, and superfine; and it will never be popular." The past 100 years have revealed the inaccuracy of that prediction but judge for yourself. We believe that you will not be disappointed.

What listeners say about Harmonium